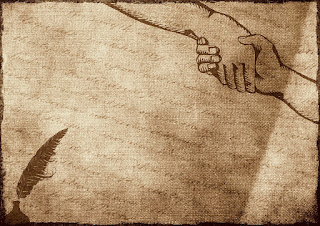 This question is one that may not be as easy to answer as it first seems. While most of us know that contract law has existed since ancient times, the fact is that the economy as a whole is shifting and changing as well. That being said, does contract law remain as good as it is or does it require some change of look?

These are our thoughts.

Contract law as of now retains much of its original structure. The simple conditions of offer, acceptance, consideration, and an absence of vitiating factors make for quite the solid framework. Simply said, these three terms are easy enough to explain and understand to a child (of course you must explain vitiating factors in a simpler context; they would surely understand the concept of it), and it could be said that even the simplest of societies in tribal villages can understand this.

So what it is that makes it one of the most solid an uncontroversial area of law? The answer lies in simplicity. Too many cooks spoil the soup, as they say. Just look at the area of criminal law and recklessness; Lord Diplock in R v Caldwell [1982] made a complete mess of R v Cunningham [1957] and the issue remained unsettled until some years later in R v G and Another [2003]. Now look at Carlill v. Carbolic Smoke Ball Co. [1893]; one case was all that it took for the point to still hold true until this very day. Some might present the argument that criminal law is more complex than contract law, as it involves the life of a person, and to this, I must respectfully agree. While I do not fancy Lord Diplock's decision (as I am sure many a person who studied law will feel the same), I do wholeheartedly believe that his decision was only in the interests of getting it right (though he got it so desperately wrong). Without any disrespect to the esteemed judge, it must still be remembered that to err is human.

For contract law at least, simplicity reigns supreme. And for that, contract law, in my humble opinion, is as steady as ever could be, and will remain so for many years to come.

Read about us and our mission  here.


This Application, by virtue of its Platform, collects some Personal Data from its Users.


A. Data Controller and Owner

The platform providing the application.


B. Types of Data collected

Among the types of Personal Data that this Application collects, by itself or through third parties, there are: Geographic position, Cookie and Usage Data. Other Personal Data collected may be described in other sections of this privacy policy or by dedicated explanation text contextually with the Data collection. The Personal Data may be freely provided by the User, or collected automatically when using this Application. Any use of Cookies - or of other tracking tools - by this Application or by the owners of third party services used by this Application, unless stated otherwise, serves to identify Users and remember their preferences, for the sole purpose of providing the service required by the User. Failure to prov…

To all current and prospective users,

Education is something we believe should be free for everyone. As former college students, we acknowledge the expenses and hardships incurred in learning something and embarking on a new chapter of education. The world is a place where everything, including knowledge, is monetized and turned into a business. While some may argue that this is necessary, we feel that there are some things which should be made accessible to all, regardless of who can pay for them. Education, like healthcare, is one of those things we believe should be free for everyone.
With our apps, we hope to realize our vision of being able to impart knowledge in anyone. We do not want to discriminate between users who are rich or poor, so our apps will always remain free, and we will never ask users to pay a single cent. In light of that, our only way of covering our expenses is by running ads, but even so, it is barely enough to keep us going. While we would definitely want ou…