Malaysia's political turmoil: is the economy the focal issue of Malaysia's next Prime Minister? 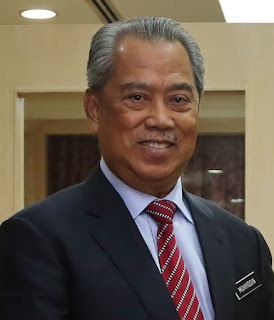 Malaysia had been in political turmoil about a week or so ago, and it has proven to be a good lesson to politicians and economists. After less than 2 years in power, the ruling Alliance of Hope--which brought hope of a new Malaysia and ousted corrupted ex-Prime Minister Najib Razak in 2018--crumbled amidst betrayal and conspiracy.

The madness first started when political parties in the opposition (National Front along with the Pan-Malaysian Islamic Party) joined forces with defectors from the then ruling Alliance of Hope coalition in an attempt to form a new government by claiming majority seats in Malaysia's lower chamber of Parliament, without going through an election.

The coup, dubbed the 'Sheraton Move' by many, was--by and large--aided by a significant component of the then ruling coalition. Azmin Ali, Deputy President of the People's Justice Party, was the so-called mastermind who engineered the entire coup, presumably to thwart his party President--Anwar Ibrahim--from becoming Prime Minister as agreed by the Alliance of Hope coalition before the 2018 elections. A faction from the Malaysian United Indigenous Party, led by Muhyiddin Yassin (pictured above) then pulled out of the Alliance of Hope, thus causing the government to fall.

Chaos ensued as Prime Minister Mahathir Mohamad tendered his resignation as Prime Minister and Chairman of the Malaysian United Indigenous Party, although the esteemed ruler of Malaysia, King Abdullah, later reinstated him as Interim Prime Minister. A week of pandemonium plagued Malaysians, both domestically and abroad, as the remaining three component parties within the Alliance of Hope (People's Justice Party, Democratic Action Party, and National Trust Party) sought to keep the alliance together and uphold the people's mandate in the 2018 general election.

For a few days, there were three different solutions put forth by politicians from all sides of the divide.

The first, by Interim Prime Minister Mahathir, was to form a unity government, thus giving him absolute power to decide his cabinet and pick competent individuals from all parties. This was criticized as a ploy to give him too much power, as he had free rein to essentially do what he pleased.

The second, by those involved in the coup, was to dissolve Parliament and go for a snap election. Many were not pleased as it those MPs did not seem to consider the Covid-19 outbreak. To have citizens come out to vote and unnecessarily risk a nationwide pandemic was abhorrent, especially since it was these very politicians who acted irresponsibly in plotting the coup.

The third, was to nominate Anwar Ibrahim as Prime Minister, in accordance with the 2018 agreement by the Alliance of Hope, after several attempts to persuade former Prime Minister Mahathir Mohamad to commit himself to the coalition failed.

A new dark horse soon emerged--Muhyiddin Yassin, president of the Malaysian Indigenous United Party, declared himself chairman of the party after Mahathir's resignation and gathered support from the National Front and the Pan-Malaysian Islamic Party to become Malaysia's next Prime Minister. Their new coalition would then be called the National Alliance.

Mahathir, distressed that Muhyiddin would work with corrupt individuals, was finally persuaded by the Alliance of Hope to uphold the people's mandate and keep the coalition intact. It was too little too late however, as the revered King Abdullah had declared Muhyiddin the Prime Minister because the latter had garnered enough support from the National Alliance.

The saga has ended with the backdoor government emerging victorious. Things may seem settled, but there might yet be another upheaval when Parliament convenes in May.

Economic problems are the main issue that Prime Minister Muhyiddin now needs to tackle, and to understand the deeper intricacies of governments and the economy, readers are advised to download our app on economics from the Google Play Store. https://play.google.com/store/apps/details?id=com.ssproductions.economicsmadeeasy

Governments play a vital role in the economy, and only time will tell if Prime Minister Muhyiddin is able to secure a brighter future for Malaysia. With Covid-19 hitting Malaysia hard in the sector of tourism, there should be a plan to diversify economic opportunities to prevent Malaysia from being too dependent on one sector. One thing that Malaysians can rejoice is the positive developments with India regarding trade relations.

Prime Minister Muhyiddin must understand that the livelihood of Malaysians depend largely on what policies may be rolled out in the future. It is certain that this is the biggest challenge for Malaysia's premier, and many hope that the Prime Minister will do what is best for the country despite all the traitorous shenanigans and politicking that have shrouded his appointment. Since the coup is viewed by most as a return to the ousted government of kleptocrats and corrupt politicians, is it a sign that Malaysia is taking three steps backward? The future looks bleak for Malaysians, but Malaysians will always remain hopeful that the country will progress. 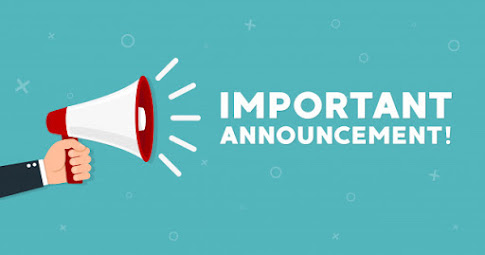 UPDATE 29/04/2021: Dear users, we have been told of some occasional loading issues when launching the app. However, such problems are rare and often resolve after a second try. Please do let us know of any other issues, and also do spare some time to tell your friends about our apps and leave us some 5-star reviews. Thank you so much for your support and stay safe! UPDATE 25/04/2021: Thank you once again to those who have given us encouragement, whether in the form of donations or by leaving us 5-star reviews. We hope that you may continue to encourage your friends to download our apps. For those who have not yet done so, please spare some time to give our apps 5-stars. We really appreciate your encouragement in this trying time and we hope you'll continue to bear with us as we continue doing our best to keep our apps up and running. You have our sincerest gratitude. UPDATE 22/04/2021: Hello everyone, we hope you are doing well. We are still doing our best to keep our apps running